On February 26, 2015, the Steven L. Newman Real Estate Institute hosted a conference focused on the Transfer of Development Rights (TDRs) in association with the Department of City Planning. As articulated by Carl Weisbrod, Director of the Department and Chairman of the New York City Planning Commission, in his keynote address, the half-day conference marked a first step in the public discussion on TDRs to inform the Department’s review of the current rules and practices which could lead to zoning regulatory and policy changes to reform their use.

Richard Barth, Senior Advisor for Land Use and Ho using Strategies at Capalino, worked with Jack Nyman, Executive Director of the Institute, and staff at City Planning in organizing the conference.  Richard was previously Executive Director of City Planning, and in that capacity had overseen the development and adoption of the Theater District TDR program, the West Chelsea High Line Transfer District, and the transfer mechanisms in Hudson Yards.

“I was pleased to have played a role in helping to pull together this important conference on TDRs,” said Richard Barth.  “I applaud Carl Weisbrod and the Department for taking this step in beginning public discussion on an issue with wide ranging implications for landmarks, neighborhoods, and the city’s development.”

New York City has pioneered the use of TDRs to achieve planning and urban design goals, including landmark transfers, large-scale development provisions, and Special District mechanisms like the Seaport, the High Line, and the Grand Central and Theater Subdistricts.

As noted by Chairman Weisbrod and several other speakers, the district mechanisms, particularly those in the Theater Subdistrict and Chelsea Transfer District have been widely used. These districts were created as part of comprehensive land use plans which allow “sending sites” to transfer their unused development rights to “receiving sites” in exchange for public benefits.  For examples, Broadway theater that transfer their development rights are required to preserve the theater use as well as the building, and contribute to a Theater Subdistrict Fund. Less successful have been the transfers of development rights from Landmarks properties.

While the zoning allows landmarks through a mechanism referred to as 74-79 to transfer their excess floor area to adjacent sites (including across the street) by special permit, only 11 transfers have been approved since the regulations were first adopted 47 years ago.

The first panel brought together experts from around the country to discuss lessons learned from TDR programs outside New York.  Moderated by Jerold S. Kayden, the Frank Backus Williams Professor of Urban Planning and Design, Graduate School of Design at Harvard University, panelists discussed a range of programs in other cities.

Rick Pruetz, who has written extensively about TDRs, identified more than 320 TDR programs around the world, with goals as varied as preservation of landmarks and open space to facilitating affordable housing and other public amenities.  He identified a number of success factors for TDR programs, which included demand for bonus development, customized receiving areas, certainty of TDR use, simplicity, and strong public preservation support.

Dan Sider, from the San Francisco Planning Department noted that their program is designed to direct development to specific downtown areas, but identified competition with other public benefits and goals as an issue.

Richard J. Roddewig, President of Clarion Associates, Inc. stated that the most significant reason that Landmark TDR programs do not work is the failure to properly “calibrate” the TDR model.  In discussing the NYC Landmark TDR program, he noted that some of the problems include the high number of “stranded” landmark TDRs (no opportunities to transfer), and the absence of a TDR bank.

Anita W. Laremont, General Counsel at the New York City Department of City Planning, moderated the second panel in addition to being the key organizer of the conference for the Department. Two of the panelists focused on the value of transferred development rights, primarily through zoning lot mergers, while Margaret Newman, Executive Director of the Municipal Art Society identified the importance of landmark preservation while ensuring attention is paid to the public realm, infrastructure, and the scale and shape of buildings on the receiving sites.

David Karnovsky, a partner at Fried, Frank, Harris, Shriver and Jacobson (and former Counsel at City Planning) emphasized the importance of having a planning framework as the foundation for any TDR program.  He reviewed several of the City’s TDR special districts as well as the current 74-79 Landmark Transfer program.

David Brown, head of real estate for the Archdiocese of New York, discussed the importance of providing relief for landmarks, noting the large number of historic and landmarked buildings with no ability under the current rules to capture value from unused development rights to support the upkeep and maintenance of the structure and activities. He had a number of suggestions, including eliminating the special permit mechanism and allowing transfers in a wider area and through a simpler process.

Kenneth K. Fisher, a partner at Cozen O’Conner presented the Landrax proposal, which would allow landmarked non-profit buildings from all the boroughs to contribute a portion of their development rights to a “bank,” which would have the ability to sell these rights to development sites in high value areas as an alternative to existing 20 percent bonus mechanisms.  This is designed to limit new development burdens in receiving areas while facilitating historic preservation goals.

There was general consensus that the current 74-79 regulations for transfer of development rights from Landmarks have not achieved their original purpose, which was to, in part,  provide relief to landmarked properties.   This conference served as a good starting point for beginning the discussion, identifying issues, and getting a sense of what has worked in other cities and could work here.  Whether potential changes are considered for non-landmarked properties is still to be determined.

enior Advisor for Land Use and Housing Strategies

Richard Barth is the former Executive Director of the New York City Planning Department with over 30 years of experience in land use and strategic planning, public policy and community development. He oversaw innovative re-zonings and comprehensive plans in all five boroughs that promoted economic development, new mixed-income housing opportunities, and neighborhood revitalization and preservation. Richard joins Capalino as Senior Advisor for Land Use and Housing Strategies where he is responsible for guiding housing and development projects from conception through all approvals. 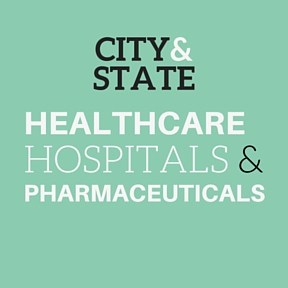