On Wednesday, February 25, Capalino’s Executive Vice President Jeanne Mullgrav joined nearly 200 leaders from local and state governments, nonprofit organizations and the business community at the White House for a policy briefing with senior members of the Obama Administration. The event, scheduled to coincide with the commemoration of Dominican Independence day, recognized the growth of the Dominican population in the United States and their representation in all facets of commerce, civil society and politics.

Beginning with sailor and merchant Juan Rodriguez, who arrived to the U.S. from Santo Domingo in 1613, the United States has seen waves of Dominican immigrants settling primarily in NYC, New Jersey, Boston, Providence, South Florida and eastern Pennsylvania. There are now over 1.5 million Dominican Americans in the United States and 250,000 U.S. citizens living abroad in the Dominican Republic.

The White House briefing included opening remarks from U.S. Secretary of Labor Thomas Perez, the highest ranking government official of Dominican descent. James “Wally” Brewster, Jr., U.S. Ambassador to the Dominican Republic, also presented, as well as Alejandra Castillo, National Director of the Minority Business Development Agency of the U.S. Department of Commerce. These and other speakers focused on a wide range of policy issues including immigration, education, trade and workforce development.

“It was an honor to participate in this forum that embodies the hope, the spirit and the accomplishments of Dominican-Americans,” said Jeanne. “It was a powerful opportunity to gather people from across the country in one room to focus on the most compelling issues facing both the presidency and the Dominican community. It also shed light on the tremendous breadth of talent and resources of this community both here and abroad and paved the way for future discussions on partnering and mobilizing to tap into this potential. As Ms. Castillo eloquently noted in her remarks, ‘if you don’t have a voice, you won’t find the table.’” 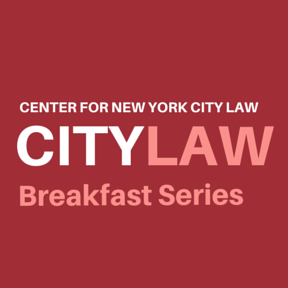