Richard Barth, Senior Advisor for Land Use and Housing Strategies at Capalino, joined more than 5,000 planners, consultants, and officials from across the country at the American Planning Association’s National Conference in Seattle from April 18-21, 2015.

Together with three other seasoned planning professionals, Richard sat on a panel to discuss the next steps in his career after leaving his leadership position in public service. It was an opportunity to highlight the amazing work Richard has done for New York, while showcasing his unparalleled knowledge of our complex city. He will utilize his years of experience with New York City and his current role at Capalino to continue to be a thought leader on important urban issues facing us.

“I am honored to have worked with incredibly talented people at City Planning and throughout city government, and to be part of this panel of professionals, all of whom have such significant records of accomplishment,” said Richard Barth.

Richard joined Capalino in January 2015 after serving as Executive Director of the New York City Department of City Planning for 12 years under Michael Bloomberg. Previously, he had led the Manhattan Planning office for eight years.

On the panel, Richard discussed his career working for the City of New York, and the significant opportunities he had to help shape the growth and development of the city. He noted such initiatives as the development and implementation of comprehensive plans and rezonings that opened up the waterfront and other areas to new investment, the expansion of inclusionary housing, and specific initiatives, including the revitalization of Lower Manhattan, and the creation of the Hudson Yards district. He also remarked of his love for New York City, public policy, and land use, and how this new opportunity with Capalino allows him to blend a number of interests, to continue to have a positive impact on the growth and development of the City, and to collaborate with a new group of seasoned professionals.

Richard discussed with the group that after leaving the New York Planning Department in June 2014, he undertook several consulting assignments and worked with the Newman Real Estate Institute to set up a series of conferences on planning and zoning issues.   He also reached out to a number of people he had worked with over the years to not just get a better sense of potential work opportunities, but as part of a process to figure out the next career phase in his life.

Fortuitously, one of those conversations led to Richard joining Capalino this past January, with a specific focus on promoting supportive and affordable housing together with Claire Altman, who also joined at the same time.

“Richard has consistently utilized his knowledge and expertise to make a meaningful contribution to the City of New York. He is a proven asset and I’m excited to have the opportunity to collaborate with him to build and preserve affordable housing for our clients and on many other important projects with the rest of the experienced Capalino team,” said Claire Altman, Director of Affordable & Supportive Housing Development Services at Capalino.

The American Planning Association (APA) is an independent, not-for-profit educational organization that provides leadership in the development of vital communities. Created in 1978 by the consolidation of two separate planning organizations, its roots grow all the way back to 1909 and the first National Conference on City Planning in Washington, D.C. The APA helps certified planners negotiate ethical and moral dilemmas, and offers a guide to ethical conduct for others in the planning process.

Capalino offers in-depth expertise in real estate planning, project management and transactions along with a comprehensive range of services to ensure our clients are successful in building and preserving market rate and affordable housing and mixed-use buildings across the City.

See how Richard Barth and the Capalino team can take your business to the next level.

Land Use and Real Estate Services

Sign up for our weekly newsletter here to keep up with the latest news and events in New York. 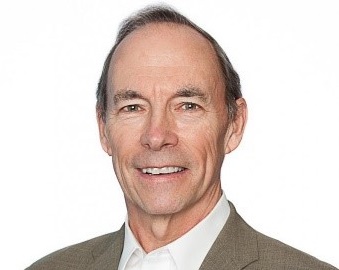 The General Contractors Association of NY To Host Networking Conference for Disadvantaged/Minority/Women-Owned Business Enterprises on May 20, 2015