New York City has a number of zoning changes that will impact the growth and development of the city beyond the end of this Administration and City Council. These changes are recently enacted or in their final public review stages. Capalino has been following closely these new and proposed changes and can advise on how they may affect your development and real estate plans.

Approved in early October, the overriding goal of this zoning amendment is to make the subway and rail system more accessible and ADA compliant;  only 136 of its 493 subway stations have elevators that benefit people with disabilities, parents with young children, seniors, and others.  This zoning change will support the long-term needs of mass transit stations and systemwide accessibility by requiring future developments proximate to subway stations to reserve a volume of the easement, if needed, for future installation of elevators and lifts.

These requirements have implications for property and developments on lots at least 5000 square feet and within 50 feet of a subway station in most districts in all five boroughs.  If an easement volume is required, it will not count as floor area and increased building height and retail location flexibility is provided.

The text amendment also extends the existing subway improvement floor area bonus to high-density areas outside Manhattan and Downtown Brooklyn, such as Long Island City while expanding the eligibility within these areas.  It makes it easier to obtain a floor area bonus by changing the current special permit to an authorization, eliminating formal Council review.

Approved by the City Planning Commission in September, the rezoning will establish a Special Gowanus Mixed-Use district across an 82-block, 200-acre area and adjacent to the relatively affluent neighborhoods of Park Slope and Carroll Gardens. Applying Mandatory Inclusionary Housing to the entire area, the rezoning will open up the area to low- and middle-income New Yorkers by allowing the construction of new mixed-income housing, support job growth and generate new public waterfront access and public open space.  Overall, the rezoning is expected to result in 8,500 additional housing units, of which approximately 3000 would be permanently affordable housing. The plan is designed with strategic infrastructure investments to support cleanup of the Canal, new schools, parks and other community resources. Contributions for NYCHA improvements remain an outstanding issue.

The City Council is expected to vote on the rezoning in the coming weeks.

Passed unanimously by the Commission in October, this areawide rezoning encompasses 56 blocks in the SoHo and NoHo neighborhoods in Manhattan, replacing outdated and archaic M1-5A and M1-5B zoning adopted more than 40 years ago. It advances housing equity by bringing affordable housing to a wealthier area of the city that has long been closed off to new, lower- and moderate-income residents.  It is expected to produce approximately 3500 housing units in the neighborhood of which 900 units would be permanently affordable through the MIH program.

The historic district will continue to be preserved with denser development focused on the edges away from the historic core.  New urban design rules will help ensure that the existing character of the area is respected and reinforced, and time-consuming and unnecessary requirements for new office, community facility and retail uses will be reduced or eliminated to promote economic recovery and growth.  The rezoning will also reflect the area’s status as an important hub for office, business and jobs by strengthening the mixed-use character of the neighborhood, and supporting arts and culture with use allowances and the establishment of a SoHo/NoHo Arts fund.

The City Council will be holding a public hearing on the rezoning in the near future.

This text amendment represents a land use policy change for hotel development and would have effects on future hotel development and the tourism and hospitality industry. Passed last week by a vote of 9 to 2 at the City Planning Commission, the City Council is expected to adopt this zoning change some time in November.

The text amendment eliminates all future as-of-right hotel development in New York City, with new hotels only permitted by a City Planning Commission Special Permit. Supporters of the change testified that it will address issues of hotel over-supply and protect hotel jobs.  The Department of City Planning’s Environmental Impact Statement projects the special permit requirement would result in a hotel room shortfall by 2035 resulting in a loss of workers and wages in the hotel sector. This reduction in room supply could make it more difficult for the city’s hotel sector to grow and meet anticipated future demand.  New hotel developments would have to apply for a City Planning Commission special permit that would, by City Planning’s own analysis, limit new hotel development in the city.

Other zoning amendments on the immediate horizon include expansion of the FRESH program to provide increased access to fresh food in 11 additional community districts, the elimination of the lengthy and cumbersome BSA special permit for Physical Culture Establishments, and making permanent the open restaurants program.  As described by the Mayor, these changes respond to challenges highlighted by the COVID-19 pandemic and to create a more “vibrant and equitable city.”

Looking to the Future

The 2020 Census counted a record high New York City population of 8.8 million, an increase of over 600,000 since 2010, which is larger than the entire population of Baltimore.  This growth, a housing and homeless crisis, recovering from the COVID-19 pandemic, and rising inequity throughout the city, pose enormous challenges to the new administration and City Council.

Land use and housing regulation – at the local and state level — is one of the many keys necessary to meeting these challenges.  The city must have a laser focus on economic development and finding new and innovative ways to promote housing across the economic spectrum. This can include an aggressive program for targeting increased densities with appropriate infrastructure investment as is proposed for Gowanus and SoHo/Noho, reducing the cost of housing by eliminating unnecessary regulations such as excessive parking requirements, and facilitating new types of housing that meet changing needs.

Before enacting new land use regulations and processes, the costs and impacts on public and private investment must be a priority. Let’s make it easier – not harder — to meet the challenges we face.

The Capalino team is closely following these land use changes. To discuss implications for your business or project, or to learn how we can help you with your business goals, contact Richard Barth at richard@nullcapalino.com. 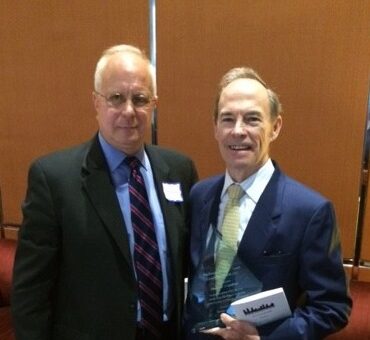