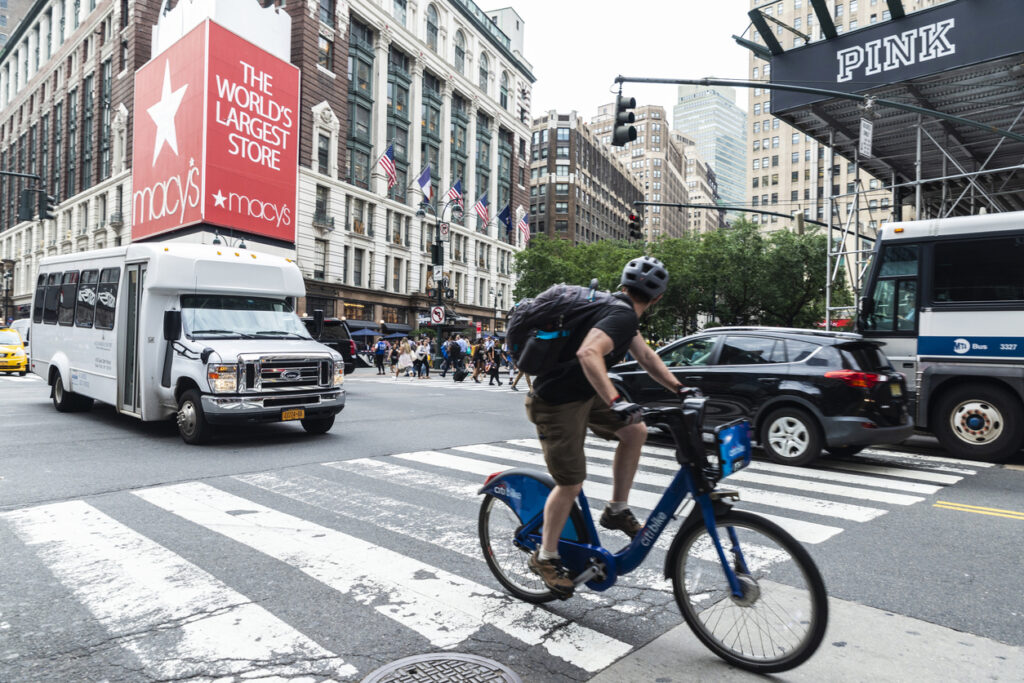 When the de Blasio administration published its plan in 2016 to reduce greenhouse gas emissions by 80 percent by 2050 (80×50), it predicted that 10% of all personal trips would have to be by bicycle in order to meet this goal. Expanding the City’s successful bike sharing program, which helps thousands of people connect to the transit system during their commute every day, should be a critical component of the City’s strategy to meet this goal. In July, the NYC Department of Transportation (DOT) took an important step towards this goal by launching a pilot project that is bringing a new form of “dockless” bike sharing to communities in the Bronx, Staten Island and Queens that have not had access to the City’s Citi Bike program. Four companies – Lime, Jump, Motivate and Pace– have placed at least 200 easily identifiable, brightly-colored bikes throughout their allocated area. “Geofencing” technology allows DOT and the companies to analyze a wealth of demographic and usage data, and to make sure that the bikes stay in their zones. If the pilot projects are successful, DOT anticipates that dockless bike sharing will expand to additional parts of the City, and could eventually form a citywide network that includes both docked and dockless bikes.

Dockless bike sharing has the potential to dramatically increase the use of bicycles and reduce congestion in these neighborhoods by providing an affordable alternative to driving. Like Citi Bike, the dockless bike sharing program lets riders rent per ride or for a period of time.  There is one major difference – in a dockless system, riders can pick up and drop off their bicycles anywhere within a specific area or zone. (Riders use their smartphones to locate and unlock the bikes.)  It’s a great complement to Citi Bike, because it can provide bikes successfully in communities that lack the density required to make Citi Bike a success. This is great news for New Yorkers in communities from Staten Island’s North Shore to the Rockaways to the northern reaches of the Bronx.

Dockless bike sharing will help the City meet its long-term cycling goals in two other important ways. First, by improving the first and last miles of commuting in transit-poor communities, dockless bike sharing will provide an affordable, healthy, alternative to driving, which is a critical component of solving the City’s long-term congestion problems in those areas. Second, because it lacks Citi Bike’s docking infrastructure, setting up dockless bike sharing zones should be a faster and less expensive way to dramatically increase the number of shared bikes. According to an estimate by Motivate, expanding Citi Bike to every neighborhood in the City would cost more than $400 million.

More than 70 cities, including Los Angeles, Seattle, Denver and Charlotte, are already seeing the benefits of adding dockless bike sharing to their transportation networks. For example, Seattle’s fleet started at 1,000 bikes in July 2017 and by the end of the year, grew to 9,450 bikes. In Seattle and many of these cities, bike share companies like Lime are working on new ways of making bikes more accessible to low-income riders who may not have access to smartphones or credit cards, or who have been previously deterred by the financial commitment required by a membership-based program.

Millions of New Yorkers have embraced bicycling in recent years, thanks in large part to a bike lane network that has grown to more than 1,000 miles, and Citi Bike, which celebrated its 50 millionth ride last year.  According to Transportation Alternatives Executive Director Paul Steely White, one-quarter of all adult New Yorkers rode a bike at least once in 2016, and nearly 800,000 ride regularly.

If all goes well, this summer’s pilot program could be the starting point for an exciting new chapter in New York City transportation that takes biking to the next level. With New York’s transit and congestion crises showing no sign of quick resolution, an expanded dockless bike sharing program could become an essential piece of the City’s transportation network – and a key 80×50 strategy – for years to come. 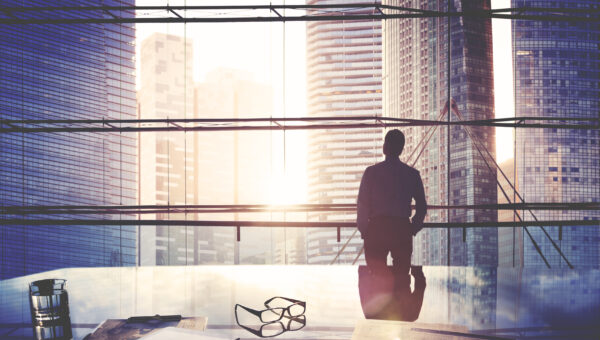 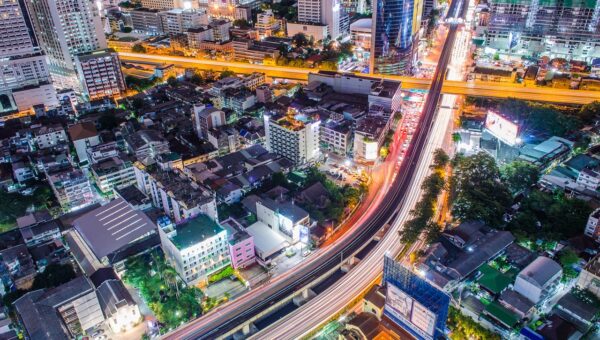 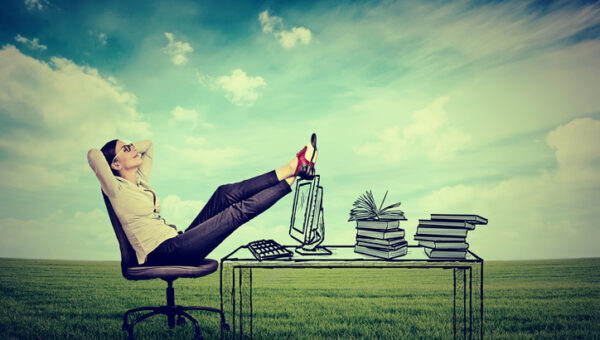