Theory, which is one of the world’s leading high-end retailers, planned to construct its new headquarters building on a prominent Gansevoort Street corner in Manhattan’s happening Meat Packing District. Sitting within the Gansevoort Landmark District it had received all necessary approvals and was well into construction when management proposed to create a unique landscaped roof deck to be used by its employees. The new amenity, designed by noted landscape architect Ken Smith, included a parapet rail, planted dunes, bulkhead, and overhead railing (with sheer curtain) that reflected the neighborhood’s industrial past. The community was vehemently opposed to any use of the roof and attacked the proposed railing design element on the roof as inappropriate to the neighborhood.

Capalino worked closely with community residents to first create a strong stipulation agreement; several local activists refused to acknowledge this even after demanding it. Capalino then turned to other residents and community leaders to educate them and dispel any misconceptions that had been circulated. An exhaustive outreach campaign was undertaken via multiple platforms. Historical precedents for the railing were uncovered; the rail was similar to the existing rails used by the meat packing industry.

Capalino was able to work with both community leaders, residents and the Landmarks Preservation Commission to segment the various design elements, quickly gaining approval for all but the railing and curtain. Through a series of more meetings, reviews, and working sessions, the rail was modified so that it met with both Theory’s needs and the community’s concerns and was approved by the Landmarks Preservation Commission. 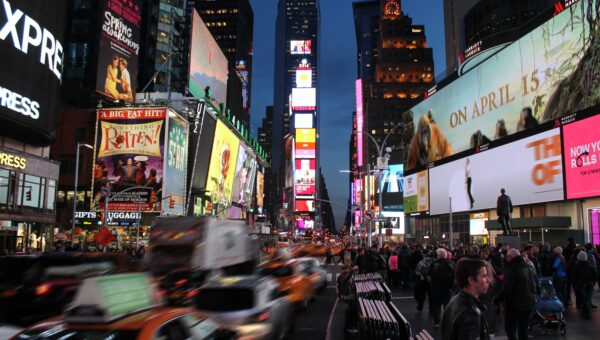