On April 30, 2015, The Friends of the QueensWay was honored by the Association for a Better New York (ABNY) as a part of its annual Spirit of ABNY awards for its exceptional work creating a brighter,greener future for New York City.

Joining a distinguished group of honorees, Capalino’s Chief Operating Officer Travis Terry accepted the award on behalf of the grassroots community organization which has been advocating to build the QueensWay –  a 3.5-mile linear park and cultural greenway converted from an abandoned railway in Central Queens. Below is the press release:

New York, NY – The Friends of the QueensWay, the grassroots community organization advocating to build the QueensWay – a 3.5-mile proposal to convert an abandoned railway into a linear park – was honored today by the Association for a Better New York (ABNY) as a part of its annual Spirit of ABNY awards.

The organization joined a distinguished group of honorees who are working to create a brighter, greener future for New York City including, the New York City Department of Parks & Recreation, the Natural Areas Conservancy, AT&T’s WiFi in the Parks initiative, Seaglass at the Battery, and Steven Spinola, who will be awarded with this year’s Lew Rudin Founders Award.

Travis Terry from the Friends of the QueensWay said: “We are incredibly grateful to ABNY for selecting us as an honoree this year and for all of their friendship, guidance and support since the inception of the project.  ABNY’s historic contributions to making our great City what it is today is an inspiration and its acknowledgment of the QueensWay gives us confidence that we are on the path to success.”

The ABNY Foundation created the Spirit of ABNY Awards in 2007 to raise funds while honoring select New Yorkers who have provided a distinguished level of service to our great city. In addition, the foundation will recognize the civic achievements of one individual each year by presenting them with the Lew Rudin Founder’s Award, in memory of ABNY’s first chairman. The ABNY Foundation’s Chairman, Bill Rudin, said: “We salute the Friends of Queensway for their work planning and advocating to make New York City better. The Queensway is a great example of how existing spaces in New York can be repurposed to create something beautiful that will also benefit the community.  Queensway will be a new kind of neighborhood park that will showcase the borough of Queens well beyond its borders!”

The Trust for Public Land’s Marc Matsil said: “We are proud to be working along side the Friends of the QueensWay, and congratulate them on being honored for their efforts to make New York City and Queens a better place. The QueensWay builds on the Mayor’s Vision Zero plan to reduce automobile-pedestrian fatalities – as well as addresses parks equity issues that will provide a new linear park to underserved neighborhoods. We look forward to continuing our work towards building New York’s next great park, and to realizing the many benefits that linear parks have proven to bring to communities across the globe, right here in Central Queens.”

The 3.5 mile long QueensWay – a project spearheaded by The Trust for Public Land together with the Friends of the QueensWay – will convert long abandoned railroad tracks into a linear park and cultural greenway that will provide safe, easy access to Forest Park; new recreation opportunities for the 322,000 people living within a mile; a boost to local businesses, and a high-profile showcase for the most culturally diverse borough of New York City.

Project leaders released a conceptual design plan last Fall, which can be viewed at www.thequeensway.org. 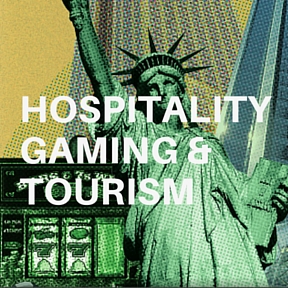