Governor Andrew M. Cuomo announced that four additional banks have agreed to use a new database created by the State’s Department of Financial Services to help identify and stop illegal, online payday lending in New York. The banks – Citibank, JPMorgan Chase, M&T Bank and Valley National Bank – will utilize a database containing information on companies that have been subject to actions by DFS based on evidence of illegal payday lending. This tool provides a powerful due diligence resource for financial institutions to protect consumers and help ensure that electronic payment and debit networks are not used to transmit or collect on illegal, online payday loans to New Yorkers. Earlier this year, Bank of America became the first financial institution to agree to use this DFS database.

Governor Andrew M. Cuomo announced the completion of a series of storm resiliency measures and energy efficiency upgrades at Coney Island Hospital that totaled $21 million. The enhancements will help protect critical equipment from extreme flooding like what the health-care facility experienced during Superstorm Sandy in 2012. In addition to fortifying the equipment, the improvements will save the healthcare facility, located in Southern Brooklyn, $1.5 million in annual energy costs and reduce harmful greenhouse gas emissions by more than 7,000 tons a year.

Governor Cuomo announced 10 winners of the second round of awards through the New York State Pathways in Technology Early College High School (P-TECH) partnerships. These new public-private educational partnerships add an additional 3,000 students to the nearly 6,000 New York high school students from round one who are preparing for high-skill jobs in technology, manufacturing and healthcare-related fields. Students will earn an associate degree at no cost to their families and will be first in line for jobs with participating companies when they graduate.

“By reimagining how our schools educate, train and guide our students, we’re unlocking the door to tremendous opportunities for some of the youngest New Yorkers not just today, but well into the future,” Governor Cuomo said. “New York’s P-TECH program is transforming our education system, putting emphasis on vital skills that will allow our students to thrive in some of the most competitive sectors of the global workforce, while alleviating financial burdens that act as a barrier. As we continue programs like P-Tech, the Empire State’s education system is evolving to meet the ever-changing needs of today’s workforce, serving as a model for how we can better prepare our students for the jobs of tomorrow.”

The NYS P-TECH partnerships will provide nearly 10,000 students with a high school diploma, college degree and pathway to a job. With today’s announcement, New York State continues to lead the nation in this rapidly expanding P-TECH initiative that links education to regional economic development. Modeled after the nationally-recognized IBM partnership in New York City, the schools will supply regions with a robust talent pipeline driving local economic development.

Governor Andrew M. Cuomo announced the launch of a new online portal that will provide veterans the tools they need to connect with temporary employment opportunities offered by New York State. The website enables job seekers to upload resumes and designate geographic preferences, which State agencies then use to identify and consider candidates for open positions throughout New York.

“We owe all of our Veterans a tremendous debt of gratitude for their service, and helping them find employment is an important way to support them here at home,” Governor Cuomo said. “By connecting Veterans with job opportunities in their area, this new online portal will help the men and women of the armed forces leverage their skills and experiences and ultimately grow their careers. This is another example of how New York State is working to put Veterans first, and I want to thank Senator Ball and Assemblyman Benedetto for their work in making this new resource possible.”

The Veterans Temporary Hiring Program offers opportunities for temporary employment in positions such as a disaster assistance representative, transportation construction inspector and highway maintenance worker, as well as seasonal positions, such as a lifeguard and tax information aide.

Governor Andrew M. Cuomo announced that over $500 million has been saved since 2011 thanks to innovative efforts to prevent Unemployment Insurance fraud in New York State.

“These fraud-fighting reforms have helped strengthen New York’s Unemployment Insurance system for job seekers and ensure employers do not bear the burden for those who seek to game the system,” Governor Cuomo said. “This administration will continue to crack down on Unemployment Insurance fraud and make sure that these benefits only go to the New Yorkers who need them.”

Employers across the state contribute to New York’s Unemployment Insurance Trust Fund. When the Trust Fund is forced to pay out because of a fraudulent claim, employers have to pay more, and that means consumers pay more as well.

“Middle class families across New York State work hard to support their families and we don’t want them to get ripped off by scammers,” said Attorney General Schneiderman. “Consumers should be wary of any telephone solicitation asking them to send money and should always request appropriate documentation in writing.”

Attorney General Schneiderman has received a variety of complaints about tax-related consumer scams. This latest scheme involves scammers telling consumers they owe a tax debt to the state, which may not actually exist, and then promising to settle the alleged debt for a fraction of the cost that they claim is owed. Some of the calls have been reported as coming from the number 305-507-8505.

Scammers are reportedly using high-pressure tactics to intimidate consumers into purchasing money orders to satisfy debts and then instructing them to call back for instructions on how to submit the payment. Both federal and state tax authorities send notifications in writing. Consumers should be wary of demands for tax payment via phone, especially if the caller suggests the use of a money order to remit payment.

As part of his Animal Protection Initiative, Attorney General Eric T. Schneiderman today announced that his office is offering guidance to local governments interested in drafting enforceable laws that will help curb animal abuse by so-called “puppy mills” and pet retail stores, and, ultimately, expand the standards for animal welfare in New York State. The Attorney General’s Office seeks to help local governments implement a new state law that, for the first time, provides a mechanism for municipalities and county governments to protect consumers by regulating retail pet dealers and the breeders that supply them with cats and dogs.

Offering the assistance, Attorney General Schneiderman is sending letters to 1,034 municipal and local governments today informing them of the expanded powers available to them under the new state law to regulate animal welfare standards, and offering assistance drafting legislation that protects consumers and their pets.

“The legal backup we are offering will aid local officials who are seeking to protect vulnerable animals from abuse, and assure that pets sold to New Yorkers are healthy and free from mistreatment,” Attorney General Schneiderman said. “New Yorkers value their pets as companions and are entitled to know that they came from sources that treated them in a safe and healthy manner. By working with municipalities, we will help ensure that New Yorkers can be confident that their cats and dogs are healthy when they purchase them and that they were raised in a safe place.”

Puppy mills, a major concern for New Yorkers, are large-scale breeding operations where pets are raised in squalid conditions and frequently mistreated, leaving these animals susceptible to illness, hereditary defects and other health problems. Substandard conditions in these breeding operations contribute to overcrowding at our animal shelters, disease, exorbitant veterinary bills, and even falsified pedigree information. New Yorkers deserve to know that their cherished pets were not subjected to abuse.

Attorney General Eric T. Schneiderman issued a brochure offering tips to New Yorkers buying health insurance coverage for 2015. The pamphlet, titled “Shopping For Health Insurance Coverage,” is being released in advance of the New York State of Health Marketplace’s open enrollment period, which begins November 15. The Marketplace is the only official health insurance exchange for New York established under the Affordable Care Act (often referred to as Obamacare).

In anticipation of the upcoming open enrollment period, Attorney General Schneiderman, in particular, encourages consumers to confirm that their key health care providers participate in a plan before enrolling — or that they are still participating in a plan before re-enrolling.

“Take the time during the upcoming open enrollment period to evaluate available plans. I am urging you to do this even if you are happy with your current health plan because your plan, and other plans, may have changed,” Attorney General Schneiderman said. “I also strongly urge New York consumers not to rely solely on provider lists offered by insurance companies. Call the insurance company you are considering, as well as your providers, to confirm that they are in the plan’s network. Do this before you sign up. It’s a quick and easy way to protect your family’s health and your wallet.”

The Attorney General’s brochure offers important information for all New Yorkers shopping for health insurance, whether they are considering purchasing health coverage for the first time, re-enrolling in their existing plan, or switching into a new health plan. The New York State of Health Marketplace first offered New Yorkers access to affordable health insurance coverage in 2014, and approximately 960,000 New Yorkers enrolled in the first year. 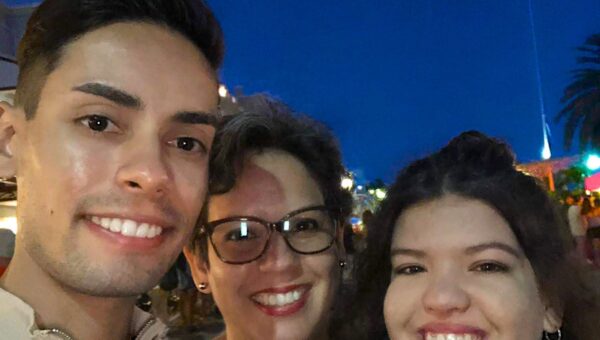