Governor Andrew M. Cuomo announced that New York State has been awarded $8.1 million in federal funds to help prevent heroin use, prescription drug abuse, and opioid overdose among adolescents and young adults across the State, while also increasing awareness about the dangers of these drugs.

The five-year, $8.1 million Strategic Prevention Framework-Partnership for Success funding was awarded by the Center for Substance Abuse Prevention at the Substance Abuse and Mental Health Services Administration (SAMHSA). The funds will be awarded in up to 10 local community coalitions located in high need communities across New York State. These funds will be used to implement environmental prevention strategies targeting heroin and prescription drug abuse and overdose prevention in the 12- to 25-year-old age group.

This new grant funding will support community coalitions in meeting the following goals to:

Governor Andrew M. Cuomo announced new reforms to the energy and utility industry, requiring the integration of energy efficiency, solar, wind, and other clean energy technologies onto the grid in order to reduce energy bills and give customers more control over their energy use. These innovative developments are part of the Governor’s Reforming the Energy Vision plan, a comprehensive strategy to provide cleaner, more affordable and reliable energy for all New Yorkers.

The nation’s electric system has remained largely unchanged since Thomas Edison developed the country’s first power grid in Lower Manhattan in 1884. The changes announced will require utilities to coordinate and partner with other companies and entrepreneurs to provide clean, local, energy services and solutions to customers. This will improve and enable:

Chief of the Cuban Interests Section José Ramón Cabañas and Governor Andrew M. Cuomo announced that Governor Cuomo will lead the first official state trade mission to Cuba since President Obama began the process to normalize diplomatic relations between the United States and Cuba. President Obama’s change in policy is the first step in opening new markets and new opportunities for New York businesses, and New York is poised to take advantage of reestablished relations. This upcoming trade mission will allow New York State officials and business leaders to explore new opportunities and advance shared interests. The trade mission delegation will leave for Cuba on April 20, 2015, and will include New York State government officials and business leaders.

The administration of Governor Andrew M. Cuomo issued a report detailing the crisis of failing schools in New York State. According to the report:

The full report can be found here.

Governor Andrew M. Cuomo announced “Enough is Enough,” a wide-ranging statewide campaign to push for the passage of the Governor’s legislation combatting sexual assault on college campuses. Lieutenant Governor Kathy Hochul will embark on a statewide tour to bring “Enough is Enough” to college campuses, meeting with members of the student body, faculty and administration as well as service providers and advocates for survivors of rape and sexual assault. The campaign also includes a website, www.ny.gov/EnoughisEnough, and a video featuring students, advocates and elected officials supporting the Governor’s policy to address sexual assault on college campuses.

“We must do more to address sexual assault and rape on college campuses, and this law will ensure that students at all colleges in the State are protected by the same uniform policies that SUNY adopted last year,” Governor Cuomo said. “New York must take a stand to combat the culture of sexual violence in higher education. This is a call to action for everyone who believes students should be protected by their college or university, and New York should be a leader in the fight against sexual violence on college campuses.”

Governor Andrew M. Cuomo applauded the State Department of Labor for its action to raise the minimum wage for tipped workers to be among the highest in the nation. The Department convened a Wage Board at the Governor’s direction in 2014 to review and recommend changes to regulations for food service workers and service employees.  Acting Labor Commissioner Mario J. Musolino announced the acceptance of a number of those recommendations, including the highest ever wage for tipped workers in New York.

“New York has become a state of opportunity in the past four years – but we must do more to ensure that opportunity is available to all workers, and the State Department of Labor’s decision to raise the minimum wage for tipped workers is an important step toward making that happen,” Governor Cuomo said. “No one who works a full time job should be forced to live in poverty, and that is why we must also increase the State’s minimum wage, not just for tipped workers but for all hard-working New Yorkers and we must do it this year.”

Governor Andrew M. Cuomo encouraged college students to take part in the sixth annual New York Business Plan Competition – one of the largest contests of its kind in the country. With deadlines quickly approaching, student teams can submit their business plan for the chance to win more than $500,000 in total prizes. The regional semifinals will be held in March and early April, and the statewide finals will be hosted by SUNY Polytechnic Institute in Albany on Friday, April 24.

More than 600 students from accredited colleges and universities across New York State are expected to participate, with each team pitching a business idea to an experienced panel of judges. Judges include national venture capitalists, angel investors, investment bankers, private equity investors, and seasoned entrepreneurs. Interested students should submit their business plans for game-changing ideas related to areas that include:

Governor Andrew M. Cuomo announced more than $17 million in funding for supportive housing projects to help homeless and low-income New Yorkers. The projects will provide a total of 127 units of supportive housing for homeless individuals and families, including veterans and their families, adults who are living with HIV/ AIDS, recovering from substance abuse, or have disabling mental health conditions.

“This funding will help those most in need achieve the highest level of independence possible. This investment is another step towards developing stronger communities and help ensure that all New Yorkers have access to a safe, decent, and affordable place to live.”

Four grants are being awarded to support projects in New York, the Bronx, and Ontario, as well as one that includes sites in Ontario, Wayne, Schuyler and Seneca counties. The funds are available through the New York State Office of Temporary and Disability Assistance’s (OTDA) Homeless Housing and Assistance Program (HHAP). The awards include $3.7 million from the Governor’s Medicaid Redesign Team (MRT), allocated to OTDA for the development of housing projects targeted specifically to homeless persons with disabilities who are also high-cost users of Medicaid.

Attorney General Eric T. Schneiderman announced that he would propose legislation in Albany to protect and reward employees who report information about illegal activity in the banking, insurance, and financial services industries. Currently, no law exists in New York State to protect or incentivize whistleblowers who report securities and other financial frauds. Attorney General Schneiderman’s bill – the Financial Frauds Whistleblower Act – would provide financial compensation to whistleblowers who voluntarily report fraud in their industry, and whose tips lead to more than $1 million in penalties or settlement proceeds. The bill would also guarantee the confidentiality of the whistleblower’s information, and make it illegal for any employer to retaliate in response. The rewards paid to whistleblowers will be drawn from monetary recoveries paid by those who commit wrongdoing, and not out of state funds, making this a cost-free way to increase the government’s ability to detect frauds and obtain recoveries.

Attorney General Eric. T. Schneiderman issued the following statement in advance of arguments before the United States Supreme Court in the matter of Equal Employment Opportunity Commission v. Abercrombie and Fitch Stores, Inc. In a brief amicus curiae filed with 8 other states, Attorney General Schneiderman urges the Court to recognize that Title VII of the Civil Rights Act of 1964 protects job applicants and employees from discrimination on the basis of religion.

These reports are essential to the Assembly’s work with Governor Andrew Cuomo and the Senate in the adoption of a state budget that is fiscally prudent and on-time.

The Assembly Revenue Report projects All Funds at $148.2 billon for SFY 2014-15, an increase of $10.4 billion from the previous year, and $177 million above the Executive’s estimates.

For SFY 2015-16, the report forecasts All Funds at $149.6 billion, an increase of $1.5 billion from the previous year. The Assembly’s estimates for All Funds receipts are $345 million higher than the Executive’s forecast.

The Assembly Economic Report forecasts a modest pace of growth for employment in the state for the next fiscal year. For base wages, the Assembly projects wages to continue to recover this year and the next, reflecting an expectation of a continuing recovery.

Speaker Heastie: Assembly Will Pass DREAM Act and Calls on Senate to Eliminate Barriers to Higher Education for Immigrant Youth

“The United States has been seen as a land of opportunity and freedom by immigrants from the very beginning. It is perplexing to me that the State, with arguably the richest history of welcoming immigrants, struggles to see the moral and fiscal obligation it has to pass the DREAM Act with the intention of providing opportunities that would foster a more successful and innovative future for all who call New York home,” said Speaker Heastie. “The Assembly has fought relentlessly on behalf of these students and will continue to do so until the Senate acts.”

The New York State Senate passed nine bills to close dangerous loopholes in the laws protecting children and communities from sexual predators. The measures would address critical issues raised by a recent Court of Appeals ruling that prevents local governments from enacting laws restricting sex offenders, as well as the safety concerns highlighted in a recent Senate Coalition joint investigation and report. In “Keeping Our Children Safe From Sex Offenders,” the Senate Coalition uncovered numerous instances of convicted pedophiles living within 1,000 feet of grade schools with pre-kindergarten programs or stand-alone Universal Pre-K programs.

The joint-investigative report comes on the heels of a devastating New York State Court of Appeals ruling relating to Nassau County.  As a result, the New York State Senate Coalition will immediately act on key sex offender legislation — including closing the major loophole in the law and allowing localities to strengthen residency restrictions.

This Week in the New York State Government: October 7, 2022 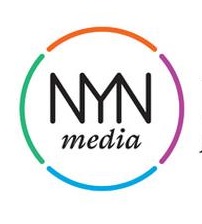