To spearhead the next phase of YMI, Mayor de Blasio named Cyrus Garrett, a veteran of Everytown for Gun Safety and Organizing for America, as its new executive director. The announcement was made at the new Jobs-Plus Center at the Van Dyke Houses in Brownsville, which opened this month and is funded by the Young Men’s Initiative and administered by the NYC Human Resources Administration in partnership with the New York City Housing Authority, Center for Economic Opportunity, and Department of Consumer Affairs. The center expects to serve 1,600 local residents with job placements, training, financial counseling, and a range of supportive services.

Mayor Bill de Blasio announced that the City University of New York (CUNY) has won an $800,000 award from the U.S. Department of Energy (DOE) SunShot Initiative Solar Market Pathways to support the growth of resilient solar electric systems that can supply clean, emergency power and provide energy storage during electricity outages, by enabling the systems to work independently of the grid.

The award is for the NYSolar Smart Distributed Generation (DG) Hub – Resilient Solar Project, which is also supported by the State’s NY-Sun initiative and with City funds. Developed by CUNY, the three-year project will create a roadmap for the integration and tracking of resilient solar systems, conduct analysis for deploying resilient solar electric systems on designated critical infrastructure facilities, and provide a calculator for public use.

The de Blasio administration announced its 10 host committee co-chairs, a diverse group of local leaders who will assume leadership roles and partner with the Mayor and the administration to execute the City’s convention strategy. Led by Mayor de Blasio, this group of business, civic, labor and tech leaders will be responsible for raising the remaining funds, organizing convention events, and will work hand-in-hand with the DNC to host a world-class convention in July 2016.

Mayor Bill de Blasio announced the appointment of John Adler as the Director of the Mayor’s Office of Pensions and Investments and Chief Pension Investment Advisor. Adler, most recently the Director of the Retirement Security Campaign at the Service Employees International Union, brings with him extensive experience in public pension and retirement issues.

On all investment issues, the Mayor’s Office of Pensions and Investments (MOPI) is the administration’s full-time, central advisor to the Mayor’s trustees on the five New York City retirement system boards and on the New York City Deferred Compensation Plan Board. MOPI, housed within the Department of Finance, works with the Office of the Comptroller to monitor and advise on the performance of investments and investment managers for all asset classes held by the pension systems and Deferred Compensation Plan—which hold combined assets valued at over $150 billion, covering over 350,000 active employees and 275,000 retirees and beneficiaries.

Borough President Melinda Katz will chair an upcoming Borough Board public hearing on the Mayor’s Fiscal Year 2016 Preliminary Expense and Capital Budgets. The public hearing will be held in Room 200 on the second floor of Queens Borough Hall (located at 120-55 Queens Boulevard, Kew Gardens) on Monday, February 23, 2015, beginning at 10:30 a.m.

The purpose of the hearing will be to obtain the views and recommendations of the Community Boards, community stakeholders and the residents of Queens on the proposals contained in the Mayor’s Fiscal Year 2016 Preliminary Budget. This input will be used to develop the Queens Borough Board’s budget priorities for Fiscal Year 2016.

Borough President Melinda Katz shared some of the milestones reached in the first year in office and touched on her priorities for the future of Queens during her first State of the Borough Address delivered this morning at Colden Auditorium on the campus of Queens College.

With a theme of “If It’s Good for Our Families, It’s Good For Queens,” the Borough President’s address touched on the milestones that have helped make Queens a better place to raise a family and discussed her goals for furthering her agenda to help Queens families live better lives. Among the areas touched on in the speech were Economic Development, Education, Housing, Tourism & Culture, Infrastructure and Sandy Rebuilding.

On Sunday, January 25th, Borough President Oddo opened up the doors to Borough Hall to the public for the Direct Connect Sunday event. Visitors got a chance to meet the Borough President in an informal setting, ask questions and even snap photos with him.  Those who attended were able to explore historic Borough Hall while learning more about the BP’s initiatives through a gallery of displays highlighting his work from the past year and his agenda for 2015. Staff members helped visitors with constituent issues and gave demonstrations on the office’s new app, BP Assist.

“I’m thrilled that the event was such a success and that so many people from the community came to connect with us,” noted Borough President Oddo. “Many of those who came to the event had never been inside Borough Hall before, so it was great to see some new faces. I feel like this was an innovative way to talk about where we’ve been over the past year and where we’re going in 2015.”

Bronx Borough President Ruben Diaz Jr. and his Education and Youth Services Department hosted a meet and greet with elected officials and public school superintendents from across the borough.

Superintendents and their representatives from Districts 7, 8, 9, 10, 11 and 12, attended the meeting, at which they discussed capital funding, programs, parental involvement and ways to collaborate and other issues.

Bronx Borough President Ruben Diaz Jr. hosted a dialogue with the President of the State of Israel, H.E. Mr. Reuven Rivlin and the Consul General of Israel in New York, Ambassador Ido Aharoni, at the Bronx Museum of the Arts. The event was designed to foster stronger ties between the Latino and Jewish communities, both in the United States and abroad.

The meeting comes on the heels of Borough President Diaz’s recent visit to Israel, hosted in conjunction with the Jewish Community Relations Council of New York, which saw the borough president lead a delegation of Latino business and civic leaders from across the tri-state area on meetings with Israeli political leaders and tours of religious, historic and tactical sites.

Bronx Borough President Ruben Diaz Jr. prays at the Western Wall in the Old City of Jerusalem during his visit to Israel on January 22, 2015. The borough president led a delegation of Latino business and civic leaders from across the city on the week-long visit, which was hosted by the Jewish Community Relations Council of New York.

Despite the historic low, the pace of the decline has slowed in recent years, and disparities persist. The IMR for Black infants was 8.3 in 2013, versus a rate of 3.0 among White infants. Infant mortality rates were also higher for Puerto Ricans (4.8) and other Hispanics/Latinas (4.3). Infant mortality rates were 1.9 times greater in areas with very high poverty, at 5.2 infant deaths per 1,000 live births, compared to areas with low poverty at 2.8 infant deaths per 1,000 live births.

As influenza activity continues in New York City, the Health Department today released a Health Alert Notification urging clinicians citywide to prescribe influenza antiviral medications to all high-risk or severely ill patients suspected of having influenza. In conjunction with this announcement, the Health Department also distributed posters and patient flyers to emergency rooms, outpatient clinics and urgent care centers throughout the city reminding providers when to prescribe influenza antiviral medications.

First Lady Chirlane McCray announced a partnership between the Mayor’s Fund to Advance New York City, the Health Department, and the Fund for Public Health that will create a roadmap for a more inclusive mental health system in New York City. The goal of the roadmap is to bring together multiple City agencies, community partners, and mental health providers to develop a more comprehensive and unified approach to mental health services.

The roadmap will help guide the Mayor’s Fund in how it advances mental health services in New York City. It will describe the prevalence of common mental health conditions such as depression, anxiety, and alcohol and drug use, and break them out by a number of demographic indicators, including race and economic status. 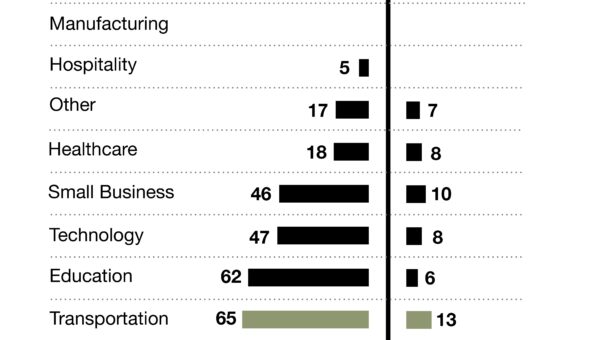