The expense budget includes financing the day to day operations of City government. It totals more than $60 billion. It funds employee salaries and the day to day supplies necessary to run government such as fuel for garbage trucks, boards for City Planning presentations and the maintenance of the City’s website. Moreover, it pays for the City’s contracts. Contractors include not-for-profits that provide services such as Universal Pre-Kindergarten, counseling to those that are homeless, and assistance for at-risk youth. By law the expense budget must be paid with revenues and cannot be paid for through borrowing.

The capital budget pays for long term infrastructure projects. These include sewer projects, road improvements and marine transfer stations for garbage. Unlike the expense budget, the capital budget is financed primarily through borrowing. It totals almost $7 billion.

Not-for-profits can apply for City money to support their services through two ways. The first is by answering a Request for Proposals released by a City agency seeking specific services. It can also apply directly to City Council Members for discretionary expense funds proposing its own services. Discretionary funding can range anywhere from $3,500 to hundreds of thousands of dollars. Not-for-profits and cultural institutions can also apply for capital funds from City Council Members and the Borough Presidents for things such as building construction and repair. 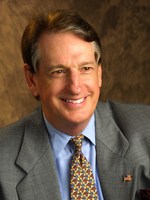 Mergers, Acquisitions and Absorptions in the Not-For-Profit World of Human Services in New York City

This Week in the New York City Government: September 30, 2022