I was recently given the opportunity to take an educational trip to Israel with a group of up-and-coming progressives, mostly from the New York City region. Going in, I knew Israel was a dynamic place, layers thousands of years old. However, I did not know how quickly everything changes from city to desert, one religion to another, intense culture to untouched nature. Israel is a land of extremes all packed into a very small space. But, one theme that remains constant – Israel’s people aim to thrive, not survive.

Although during my trip we investigated security issues facing the nation, domestic policy and of course, Tel Aviv night life, my focus in joining the trip was to understand Israel’s technology and innovation economy. Did you know some of our most popular technologies are rooted in Israel? USB flash drives were invented by the Israeli company M-Systems and companies like Apple, Facebook, Google and Intel all use Israeli technology and hardware. Intel has been operating in Israel since 1979, creating their microchips in an Israeli bomb shelter. Israel has, per capita, the highest number of startups in the world with a population of only eight million people. In 2016, high tech accounts for 50% of exports and 300 multinational companies.

To what can we attribute this massive success? According to The Next Web, a technology focused media company founded in 2006, there are five reasons: military, a lack of natural resources, a necessity of self-reliance, cultural diversity and Immigration. Check out The Next Web’s full article 5 Reasons Behind Israel’s Startup Success. As a veteran, I find the role that the military plays especially interesting. The army is a requirement for nearly everyone over 18 and teaches people to be goal oriented and diligent leaders, in addition to its superior technological training. Israelis are used to navigating difficult circumstances. Their military experience builds perseverance and resourcefulness—the makings of an entrepreneur. These qualities are pervasive among most Israelis, among whom are startup founders and CEOs.

The Israeli Defense Force, Unit 8200 has produced a number of technology founders and CEOs through its successful incubation program. Unit 8200 started out highly secretive and began sharing its knowledge only ten years ago. Since then, it has become a huge resource for companies seeking top engineering, communications, and other types of technology talent. International companies like to establish themselves in Israel because they know the infrastructure, knowledge and talent is already there. When Israeli technologies for Special Forces such as the air force, ground forces and the navy find their way into the private market, their companies maintain a unique edge over global competitors.

To explore the Israeli tech industry, check out this map of almost 1600 startups.

This country of 8 million people, the size of New Jersey, may be the first country-sized innovation incubator in the world. And like any incubator, companies are looking to answer one question: what’s next? Fortunately for us, New York City has been a growing market for Israeli tech. Check out this list by Tech Aviv Founders Club of Israeli High-Tech Companies in NY.

But, what do these Israeli companies do when they arrive? That is where we come in. Capalino represents innovation and technology firms located both domestically and abroad to help them achieve success in NYC. We are not only the number one government relations firm in NYC, we are also the fastest growing. Most importantly, our team understands, like the Israelis, how to thrive. To learn how Capalino can help you thrive in NYC, contact Tom Gray at tom@nullcapalino.com or 212-616-5819.

This Week in the New York State Government: September 9, 2022 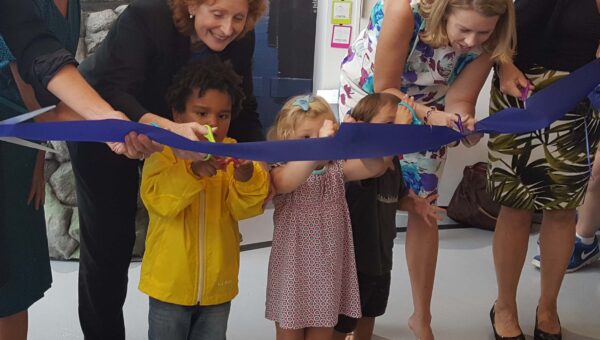