This week’s report is by Ryan Hutchins and Laura Nahmias.

Wednesday’s decision to allow developers to build Las Vegas-style casinos in three faded upstate towns is perhaps most remarkable for what it lacks. Despite having the authority to allow up to four such resorts, the state’s casino siting board ignored the bids of half of a dozen companies that had proposals for Orange County. The plans, which came from some of the world’s biggest names in gambling, were among the most ambitious considered. An Orange County casino would likely have generated the most gambling revenue, and thus the most taxes. Some proposals would have netted the state hundreds of millions of dollars from a licensing fee.

But to allow a casino in Orange County—especially while permitting one in the nearby Catskills—would have been a gamble in its own right. It would have been closer to New York City’s massive population and steady stream of tourists, yet also closer to fierce competition. It would have crowded video-slot parlors in Yonkers and Queens. It would been closer to casinos in Pennsylvania. And closer to Atlantic City. The board’s decision to grant just one license in the Hudson Valley and Catskills regions was a practical choice, meant to avoid “cannibalization,” the board’s chairman, Kevin Law, told reporters after the sites were announced.

More broadly, though, the state’s decision is the product of an industry that has seen unsustainable growth over the last decade. The proliferation of casinos across the Northeast has come at an incredible clip that has left much of the market saturated, resorts toppling like dominos in Atlantic City and even some of the newest destinations already showing cracks around the seems.

Governor Andrew Cuomo’s emphatic push to expand gambling in New York, where there are already five tribal casinos and nine slot parlors near horse racing tracks, was hinged on revitalizing struggling upstate communities. The siting board’s recommendations to allow licenses in the small town of Tyre, in Seneca County, along the Mohawk River in Schenectady, and in Thompson, Sullivan County, do seem to be in keeping with that mandate.

“It’s that trade off between economic development and revenue for the state,” Richard McGowan, an economics professor at Boston College, said after the decision. “These three, I think it’s more about trying to help these areas out.”

But how big a help gambling can be is an open question.

The state estimates the three casinos will generate about $212.4 million annually by 2019. A little more than a year ago, the state’s budget department said the casinos would generate $430 million a year, an estimate they couched as conservative. That number also reflected a state with four casinos, not three.

On Wednesday, even Cuomo seemed to be hedging, saying it doesn’t much matter to the state whether the casinos succeed in the end since taxpayers have no “money on the table.”

“These are all big boys and big ladies,” he said of the casino operators. “These are highly sophisticated players and they know what they are doing. And they will work plus or minus but the risk is all on the private sector. We have only upside in it.”

Still, many others have gotten it wrong in this business. Pennsylvania, which has overtaken New Jersey to become the second-biggest gaming market after Nevada, has resorts that are already seeing their revenues slide just eight years after the legalization of casinos there. Revenue forecasts and market predictions have become increasingly difficult to get right.

As casinos spread, the new entrants are really just slicing up pieces of the same pie. There’s a finite numbers of gambling dollars out there, and little will change that. The result is the newest, shiniest casinos that are closest to the bettors win out—at the expense of others.

But the state’s siting board, of course, had a mandate to pick casinos. New Yorkers voted in a referendum last year to amend the state constitution to allow up to seven full-fledged resorts. A law signed by Cuomo set a temporary cap at four, while putting a moratorium on allowing downstate casinos.

Given what it had to work with, Woinski and other experts said the siting board made a relatively smart decision—avoiding, for the most part, the sort of competition that’s been created in other places. An analysis by Capital shows that the three locations chosen by the board appear to be strategically placed between the market areas of other full-fledged resorts, though the inclusion of racinos makes that picture much more cloudy.

“It does not add to the saturation so much, the way the second Philadelphia license did,” Alex Bumazhny, a gaming industry analyst at Fitch Ratings, said of the vicious battle in Pennsylvania and Atlantic City. “Here you have little pockets of potential incremental revenue growth, so it’s not as bad.”

The decision to stay out of Orange County was particularly smart, the experts said. Instead, the board recommended Montreign Resort and Casino, a $630 million project. It would cost hundreds of millions of dollars more when other parts of the development are included, bringing the total closer to $1.1 billion.

That casino—in the town of Thompson, in Sullivan County—was proposed by Empire Resorts. It’s a real win for Genting Group. The family trusts of Genting chairman Kok Thay Lim are majority stakeholders in Empire.

But the issue of creating too much competition may not have been the only factor in deciding against those Orange County bids. Given the heavy emphasis on economic development, some spectators were left puzzled by the board’s choice of Montreign, a project that will yield less revenue than the $1.5 billion bid by Genting for a resort in Tuxedo. The Malaysian casino company offered to pay the state an upfront $450 million for the license for that bid, called Sterling Forest Resorts, a sum $380 million higher than what the state actually required to purchase a license.

The proposal, however, faced heavy criticism by environmentalists—even garnering an oppositional resolution from state lawmakers in New Jersey—over its potential threat to a watershed there. It would have been constructed in a protected forest. That apparently was not the only concern of board members.

“Clearly one of the applications in Orange was the largest net revenue generator,” Law said, when asked why the Tuxedo plan wasn’t chosen.

He said some of the casino proposals in Orange County may not have been ready to be built immediately or had financing problems.

“There was a conglomeration of other issues,” he said. “It wasn’t just a blanket exclusion of Orange.”

In the Capital Region, the board selected Rivers Casino & Resort at Mohawk Harbor, located in Schenectady along the Mohawk River. The $330 million resort had recently been considered a favorite among lobbyists and industry insiders.

In the Southern Tier and Finger Lakes region, the board recommended awarding a license to the Lago Resort, a $425 million casino and hotel developed by Rochester-based developer Wilmorite. The casino’s plans have been the focus of an intense battle in Tyre, the small town where it would be located, because of staunch opposition from some Mennonite residents.

Siting board members sifted through more than 150,000 pages of applications from the 16 bidders before they reached their determinations, applying a three-part formula to weigh each bid. Economic activity and business development factors counted for 70 percent, while “local impact” and “workforce factors” counted for 20 and 10 percent, respectively.

The decision to grant just three licenses is final. Lawmakers would have to pass another casino siting law if they want to grant another casino license in upstate New York.

“If the Legislature and the governor think there ought to be four, or you know in seven years, if they want three more downstate, or they think there shouldn’t be, they can change it whenever they want,” board member and Hofstra University president Stuart Rabinowitz said.

The board did not release a calculation of how it arrived at its decisions. A full report explaining its decisions will become available within 30 days, a gaming commission spokesman said.

Among the 13 losing bidders, there were varying displays of grief.

Jeff Gural, the prominent real estate developer who bid for a casino at the site of Tioga Downs, a racino he already owns near Binghamton, was incredulous at his loss to the Lago Resort. Gural was vibrating with anger and disappointment.

“I’m totally shocked. I really am,” Gural said, saying the board’s decision “certainly screwed the people who live in the Southern Tier.”

The Lago Resort presents a real challenge for Gural, whose Tioga Downs racino has been struggling and may close now.

“There’s no way you could analyze this properly and come to the conclusion that Lago—80 percent of their customers are going to come from the five existing casinos up there,” he said, questioning whether the resort could serve as a draw for customers traveling from New York City.

Law, the siting board chairman, said later that Lago was the clear winner in the region.

James Featherstonhaugh, the former head of the New York Gaming Association whose two bids—one in the Capital Region and one in Orange County—both lost, was more sanguine.

“I was just below the line,” Featherstonhaugh said. “Listen, we had bids in two regions, so in the southern region I was a little bit surprised. I didn’t feel like I lost there: my understanding was they decided simply not to consider any of the Orange County bids. That’s a policy decision, a legitimate one. I think it would have been nice if they had made that public a little earlier.”

The day made an obvious loser of the Southern Tier, with the region’s shutout in casinos coming just hours after the Cuomo administration’s announcement it would effectively ban hydrofracking for the foreseeable future.

Both fracking and casinos had long been perceived by some Southern Tier elected officials as possible saviors for the area, where unemployment and poverty are rampant. At his cabinet meeting Wednesday, Cuomo said casinos wouldn’t revitalize the area.

“I don’t think casinos are the answer there, Jimmy,” Cuomo told a reporter who wondered whether a casino could make up for the lack of an approval of fracking.

It was, perhaps, another sign the governor is stepping back from boats about how important the expansion of casino gambling will be for New York.

“First, you’re right on the Pennsylvania border,” Cuomo said. “You have high competition from Pennsylvania to begin with. A casino can stimulate a region, but I don’t think that is an economic development answer there.” 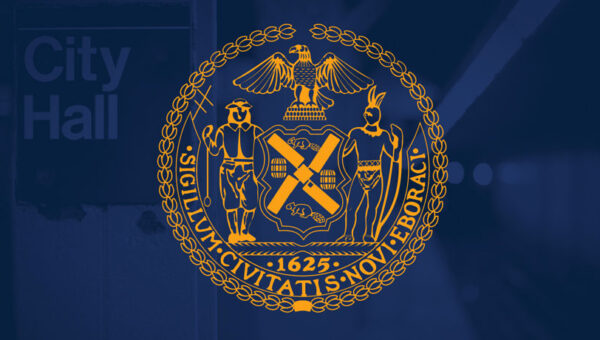