Last week, a panel more than two years in the making convened for the first time, in a clear signal of the de Blasio administration’s commitment to increasing equity across the City. The NYC Community Investment Advisory Board (CIAB) held its initial meeting on January 13 to begin carrying out the work of the Responsible Banking Act (RBA) legislation originally passed by the City Council in 2012. The law requires the 25 banks receiving city deposits to publicize their efforts to meet the needs of low- and moderate-income neighborhoods, and encourages responsible lending (especially in minority communities) and increased investment in small businesses.

The legislation has overcome some significant opposition; it was originally vetoed by Mayor Bloomberg, (though the veto was overridden by the Council.) The New York Bankers Association later sued to stop the law, but that suit was dismissed last fall. The law tasks the CIAB with conducting an assessment every two years of the banking services needs throughout New York City (particularly in underserved areas) and with evaluating annually the performance of the City’s depository banks in meeting those needs. The eight-member board consists of representatives from the Mayor’s Office, the Comptroller, the City Council Speaker, the Commissioners of Finance and Housing Preservation and Development as well as community representatives from the banking industry, community development and small business arenas.

It may have been the first gathering of the group, but work to implement the requirements of the legislation is clearly well underway. Earlier this month, the Department of Finance launched a new website, with a page dedicated to the CIAB. Additionally, the City has retained a consultant, E-Consult Solutions, to manage data collection, analysis and reporting for the RBA. The group will hold public hearings in every borough next month, and plans to release the first biennial needs assessment in April, with the first annual report due out in November. E-consult Solutions’ work will include the use of publicly available bank data, census data, and testimony from the public and the banks to assess their success in meeting community needs. They will look at data on branch locations; home lending denial rates by income level and demographics; small business and affordable housing development lending; and foreclosure data, as well as other indicators. These plans indicate a real commitment to accountability and transparency in the process.

There is more reason to be hopeful. In Philadelphia, which implemented responsible banking legislation in 2002, city designated banks performed better than non-designated home mortgage lenders in 2009, according to a report by E-Consult solutions (the same company contracted by NYC.) The same report found that designated banks made a larger percentage of loans to African American and minority borrowers compared to all other lenders, and are now responsible for 55% of small business lending, as opposed to 40% in 2002. With 25 designated banks in New York City receiving billions of City dollars annually, there is even greater potential for impact here.

Only time will tell, but it appears the City is on the right track, embarking on an ambitious process that is transparent, engages the community, and takes seriously the role that our financial institutions can play in increasing equity. We will keep a watchful eye on the process as it unfolds. 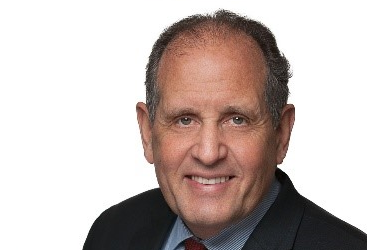