Written by Tom Gray, Senior Vice President of Capalino. To learn how Capalino can help you introduce innovative technology in New York City, contact Tom at tom@nullcapalino.com or 212-615-5819.

It is often an uphill battle to get citizens to accept innovation, making it even more difficult for governments to implement change. Thus, innovators must work to fill the information void with fact, not the clamor of misinformation. If a product, policy or service is not introduced into the market properly it could kill, or, at the very least, greatly extend the implementation process. Executives need to rethink how they bring innovations to market, be equipped to separate fact from fiction, and spend time on building those hard-to-manage relationship skills needed to make a difference, especially at the community level. So, if innovating is so difficult, why do we bother?

According to the Harvard Business Review, despite the risks involved with developing and launching new innovations, companies still love them because they drive profits, growth, and shareholder value. Television took more than three decades to become a mass medium in the United States from the first experimental broadcasts in the late 1920s to widespread acceptance in the 1960s. But, there are also plenty of examples of innovations that are having trouble with adoption because of misinformation or because they have not kept in touch with what is happening on the ground.

Let’s use the deployment of artificial Intelligence (AI)  as an example.  We have heard concerns from Government about potential job loss due to the deployment of AI, but not as much about the possibility of new technology being used as a tool to assist a human operator, or open up new career opportunities. For instance, IBM’s Watson Health was developed to assist doctors, not replace them. IBM describes it as a “new partnership between humanity and technology.” Watson Health’s cognitive systems understand, reason and learn. AI-driven automation, specifically in regard to driverless vehicles, is another technology that has the potential to make a serious impact on our society. It could boost the wage gap between less-educated and more educated workers, fueling economic inequality. A 2013 study from the Association for Unmanned Vehicle Systems International predicted that the commercial drone industry could generate more than $82 billion for the U.S. economy and create more than 100,000 new jobs over the next 10 years. So, if there is quality information out there, why do we still see push back?

The reason is explained in neuroscience, but the solution is in the way we engage. According to the popular technology publication Wired, here are the basics around what is getting in the way: At Capalino we tell our clients: It is key to engage early in order to educate stakeholders. It is much harder to change an opinion once it has been formed.

We do this a number of ways: though digital organizing, in-person stakeholder meetings, earned media, paid media and more. When developing your engagement strategy it is important to also meet your audience where they are, and choose the tools that will have the most impact. We are probably not going to organize older adults around a plan to build a new adult recreational facility with only social media, for example.

Here are some others tips for early stakeholder engagement. To learn more about how our can help you introduce your innovative technology in New York City, contact Senior Vice President Tom Gray at tom@nullcapalino.com or 212-615-5819.

This Week in the New York State Government: September 1, 2022 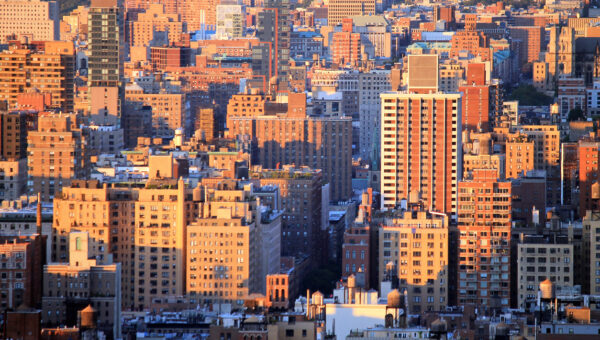